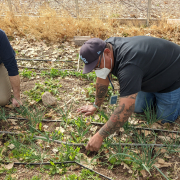 Randal Kelly and his dad started growing corn and squash on their family agriculture plot on the Navajo Nation back in 2019. Now in his fourth growing season, Kelly has added in more root vegetables, flowers, and herbs. At most, they’re growing on a one-acre section of their 10-acre plot. Kelly says this is just the start.

“I would like to produce vegetables for the whole Navajo Nation, and the whole southwest,” he says. “We have the land and resources; they’re just not being worked.”

Kelly was in the U.S. Army from 2001 to 2006, but he’s deeply rooted in agriculture. He lives on the same land he was raised on, and as a kid was in 4-H and FFA. He learned about the free Armed to Farm training through the Navajo Nation Department of Agriculture, applied, and was selected. 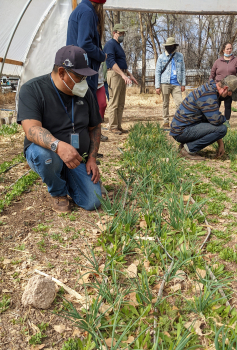 “It was cool to see and hear stories about how farmers started similar to where I’m at right now and how they learned to use grants, have the drive, and make it a business,” he says. “I loved the training; it was amazing.”

He adds the training was well planned, and the classroom sessions were paired with hands-on examples of the same topic. For Kelly, he says it was invaluable to see grant programs and sustainable agriculture methods at work. Plus, he says connecting with other like-minded farmers will continue to be a well of information.

“My biggest thing right now is we’re a culture that grew vegetables and at some point, we lost that. I have black and white photos of my grandma standing next to 10-foot-high cornstalks – I want to be like that; that’s my goal. It’s part of our tradition that we’re losing.”

Kelly says he took home ideas on how to mitigate erosion and conserve water, and on managed grazing techniques and cover cropping.

“We are considered a food desert; we don’t have foods that are local,” Kelly says. “For me, it’s important that I provide better nutrition to my people. My mind is racing thinking about all the things I can do.” 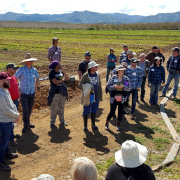 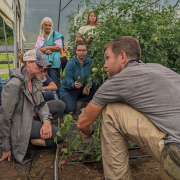 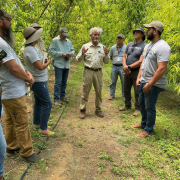 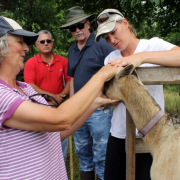 Growing Organic in Indiana with Support from Armed to Farm 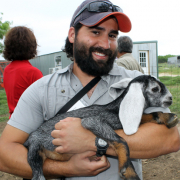 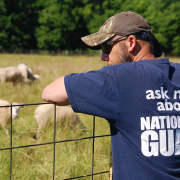 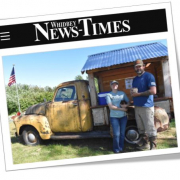 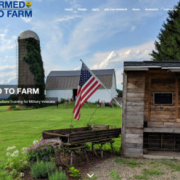