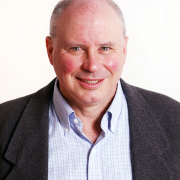 The soil that covers 93 million acres of sprawling Texas rangeland holds a remarkable story. It’s a tale of opportunity and ruin. At its best, the soil beneath our feet is the source of life, food, and economic security. At its worst, that same soil can crumble ranchers’ livelihoods and put at risk our local food systems and entire communities.

Much of the western United States is in the throes of a megadrought. The U.S. Drought Monitor reports that nearly 60 million people now live in parts of the West plagued by drought. Farmers and ranchers are making hard choices about which herds to cull or land to leave fallow. But in the midst of this megadrought, an expanding network of farmers and ranchers is quietly taking steps to catch and keep more water in the soil that nourishes our food.

First-generation farmers Jeremiah and Maggie Eubank manage 2,000 acres in Texas Hill Country. They’re raising cattle, sheep, pigs, chickens, and ducks on rugged land between San Antonio and Austin. It’s beautiful, tough land that Maggie Eubank says has been beat up on for a century. They’re working to change that. They’re using above-ground livestock to take care of the microscopic livestock living underground, which grows more grass and keeps more water in the soil. The Eubanks are turning overworked dirt into healthy soil.

The National Center for Appropriate Technology’s Soil for Water Project is connecting the Eubanks with monitoring tools and a network of other ranchers who are doing what they can to use animals to keep more water in the ground. The USDA estimates that each 1 percent of organic matter in the top six inches of soil can hold about 27,000 gallons of water per acre – or more than an average swimming pool. When livestock are appropriately managed, those animals help build heathy soil that holds more water.

Regenerating farm and ranchland across the United States will have significant and lasting economic, environmental, and social benefits: Allowing vast swaths of the country to withstand drought conditions and bounce back faster after natural disasters like wildfires, floods, and decades of dryness. We know that regenerative agriculture can increase forage production, drought resilience, animal health, access to lucrative new markets, and therefore profitability. Environmentally, it can improve soil health and biodiversity.

NCAT’s Soil for Water project is expanding beyond Texas this summer into Arkansas, California, Colorado, New Mexico, Mississippi, Montana and Virginia, supporting a nationwide movement of agricultural producers who are leaving the land better than they found it.

For the Eubanks in Texas, they got into ranching in-part because of its powerful mystique, an undeniable connection to the land they grew up on, and their desire to prove that large-scale regeneration can not only repair a century of misuse, but also provide for a profitable business.

Their grass-fed meat is sold at the local farmers market, and they’re selling subscription-style to consumers across Texas. At the same time, the ranch they manage is now sprouting native grasses and water seeps are opening in places that were once bone dry. It’s incremental progress that will take time to fully realize, but the Soil for Water project is ready to be a key player in regenerating and making more resilient farms and ranches across America. 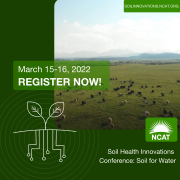 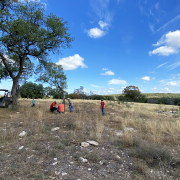 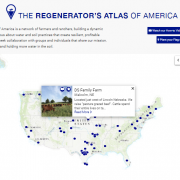 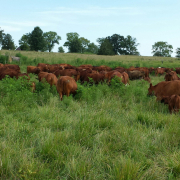 Adaptive Grazing – You Can Do It 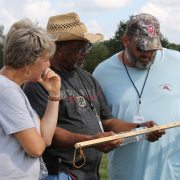 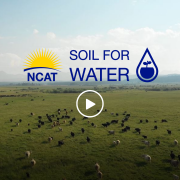